Around four years ago, demand at MojoTech called for an expansion of our Design team. When local efforts turned up short we expanded our search and found exactly what we were looking for in Ivan. Over the last four years, Mojos and clients alike have got to know Ivan from afar, but we’re excited to announce that Ivan has officially moved stateside to join our Providence office! 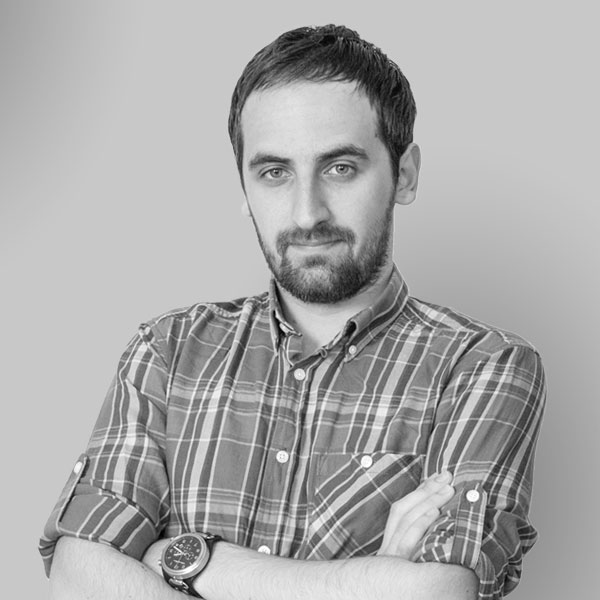 Ivan is an exceptional designer possessing highly developed technical skills as a visual designer as well as a capacity to understand the more nuanced, conceptual, often psychological aspects of design.

We believe there is value in people working together physically in the same space and the added opportunity for our clients to meet face-to-face with such a valuable member of our team made the decision to bring Ivan over a no-brainer.

Read on to learn more about our most recent import.

Where are you from originally, and where were you most recently living in the EU?

I’m originally from Burgas, Bulgaria, a small city on the Black Sea with a population similar to Providence. Most people have probably never heard of my home country. It’s on the Balkan peninsula bordering Greece and Turkey to the south. We gave the world yogurt, the Cyrillic alphabet and a lot of criminals. :)

The last few years I have been living in Germany. During my last 6 months, I lived in Berlin.

Have you visited the U.S. before? If yes, where?

Last December I worked on a project with a company based in Austin, Texas and I spent a week on site, getting to know the company and the product. However, I didn’t have the chance to explore the city much. I would like to do a coast to coast road trip here in the States.

You started at MojoTech in 2011 (4 years ago) -- remind me, which projects have you worked on?

What made you want to make the move to the PVD office?

The opportunity to work with you guys on-site, being able to benefit from the company culture, meeting and mingling with new people, and the chance to explore a new country ultimately made my decision easy. MojoTech offered to help with the VISA application, which was a big help.

The process was long. Preparing all of the documents required for the VISA took, at least, two months plus a few more for approval from the Department of Homeland Security. The hardest part was gathering 10-15 signed testimonial letters from colleagues and clients, following strict content requirements from our lawyers and the Immigration and Customs office.

We know you are very busy getting settled in, but how are you liking the city of Providence so far? What is your impression of the city?

The city has already exceeded our expectations. I haven’t been to a lot of places just yet, but I was pleasantly surprised by every place I’ve been to so far. Bars and restaurants are mostly better than the European ones. It’s great that Providence has an IMAX theater. My first two weeks here I went to the movies three times.

What are you looking forward to in the coming months while working at MojoTech?

I’m looking forward to solving some challenging design problems and getting to know everyone. I still feel some strain and unease to speak because of the language barrier and you probably have to bear with me for month or two until I get my vocabulary up to speed.

What do you enjoy most/least about design?

I enjoy problem solving and “eureka!” moments. Right after those moments, it is the most dreadful because you have to push hard to deliver on those expectations.

What personal characteristics do you feel are necessary to be a successful designer?

No idea. I’m still trying to figure that out myself!

Describe a time when you were confronted with a particularly difficult design challenge.

Well, every time! Even if it’s a simple project I always make sure to raise my standards sky-high to feel challenged, otherwise I won’t even start working. However, because of this, I am the worst client I’ve ever had. My personal projects are the hardest design challenges, because they must always be better.

What has been your favorite type of project to work on?

Currently, I’m most excited about doing IA. Creating order and hierarchy is something that I’m always interested in, followed by UX design. I’ve always enjoyed doing brand identities, which are very gratifying experiences for me.

What technology is going to take over the world next?

What is your idea of happiness?

A barrel roll with an Extra 330, above the clouds, heading towards the sunset.

What do you like to do in your free time? Any hobbies?

I think my previous answer sums it up pretty well. I’m pretty much obsessed with aviation.