Andy Davies is a designer from Providence, but got his start in San Francisco, where he built a lot of websites for startups before moving into building systems and identities for foundations and open-source movements. Andy originally studied print design, but annoyed his professors by turning every project into an app or website.

Read on to learn more about our newest team member. 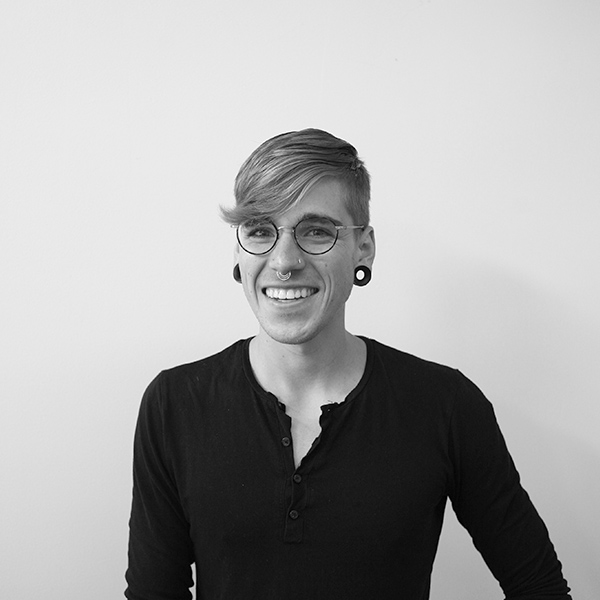 I went to the University of San Francisco (where I only spent a few semesters studying design; I went there originally for biology). From there I worked at an interactive agency called Mule and then the Washington Post.

I built an anniversary campaign for the Wikimedia Foundation. Designing something that had to accommodate dozens of languages and alphabets (and per the user culture, be built only with open source tools) was by far the gnarliest, most fascinating challenge I’ve ever had to beat.

3. What do you enjoy most/least about design?

4. What personal characteristics do you feel are necessary to be a successful designer?

Humility and hunger. Designers tend to have a huge chip on their collective shoulder (for many, many reasons), but it doesn’t do a lick of good—it hurts the product and irritates everyone you work with. A willingness to be wrong, to listen, and to learn better methods and thinking is absolutely critical.

5. What do you get out of design work that you couldn’t get from any other kind of work?

I get a chance to marry form and function—the latter trumps the former, but it’s an opportunity to combine delight and quiet simplicity with functional products. Plus there are the precious moments where you’re given free range to get real weird with a project.

6. Describe a time when you confronted a problem that really tested your know-how.

I once had to figure out how to turn a film catalog into an industry-focused, information-dense resource instead of a consumer-oriented visual experience (it’s a bunch of films, so it’s the sort of approach you’d expect—but not one that was appropriate for the client’s audience).

I’m real stoked to build larger-scale, fleshed out products. Things that are gonna touch larger audiences that’ll interact with them on a daily basis.

Julie Zhou and John Maeda do a lot of fantastic writing about design and design leadership, and I love RWD and ShopTalk’s design/front-end podcasty goodness — Ethan Marcotte and Chris Coyier are two weird, delightful Web dudes. Jen Simmons has some incredible design/web dev writing and showcases experiments with a lot of CSS weirdness.

9. You’ve been banished to a deserted island with—gasp—no wifi, but lots of power outlets.

Does this mean I can charge my Tesla? It’s 2016, I’m assuming they can turn into boats and/or spaceships at this point.

AR. It’s still pretty buzzwordy, but really, once you’ve built a Pokemon game out of it what can't you do?

11. If you weren’t a designer, what occupation would you choose?

Medicine — I originally wanted to be an oncologist. That same deductive approach and human focus informs a big hunk of my design process.

Doing something that matters with people who care.

Blue pill. I’ll sleep through the robot apocalypse, thanks.