Omid spent years earning graduate degrees in law and philosophy before discovering that it was all a huge mistake. Software is his real calling. 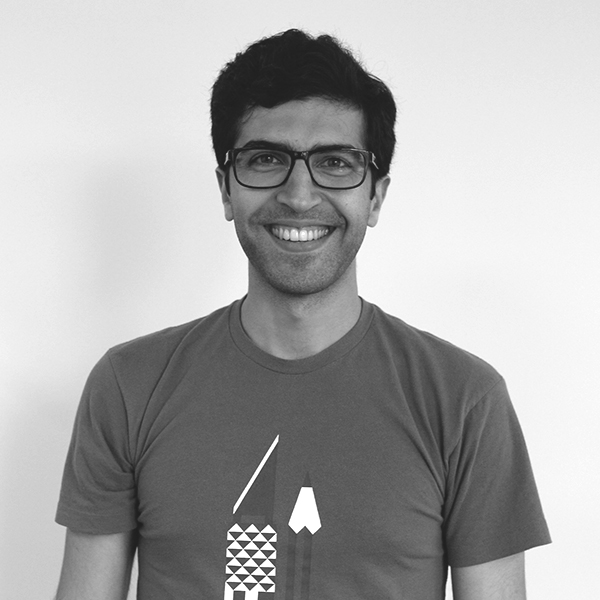 Graduating from Launch Academy in 2014, his technical interests are in data modeling, app architecture, Rails best practices, and testing. Non-technically, he loves to run, to spend time with his wife and two children, and to play with Legos.

Read on to learn more about our newest recruit!

I was trained in software development at Launch Academy where I was one of the few students selected to stay as an instructor and software developer. Before landing at MojoTech I also worked as a software engineer for various startups in the Boston area.

The most interesting project I’ve worked on was pretty lame. I was responsible for updating records in our database, based on a CSV that was given to me by a marketing firm. Finding an efficient way to update hundreds of thousands of records, with pretty messy data was really fun. I learned so many important lessons about performance and query optimization. My code ultimately lived in a rake task that we ran on our production application.

There are two things that inspire me the most about engineering. First, I love to see other people’s work. Reviewing a pull request is a great way to start the day and take a walk through someone else’s thought process, commit by commit. Second, I really love to write a great user story, with as much detail needed to make my job (or any other developers job) super clear.

I have strong beliefs about what makes an engineer great. Having a strong sense of responsibility to share knowledge and collaborate. Being committed to excellence as a team. Verifying assumptions with tests and QA routines. Creating an environment that encourages creativity and innovation through having strong relationships.

An everyday sense of challenge and learning.

Using react for the first time (Mojos Dylan and Mark were my teachers) was a big change in mindset since it was the first front-end framework I learned.

Working with the incredible people here and learning even more than I expect.

I get fired up by working with people who are just entering the programming field, and paying forward the wisdom that has made such a big difference in my life. I also have a great mentor who is an even greater friend who is always generous with his time and support. I love blogs from Thoughtbot about Rails and testing best practices. I often like to disagree with them!

OMG! Lots of power outlets but only one piece of technology?! I would bring tons of books and a drip coffee machine.

If I had someone in charge of red tape and paperwork, and if I had the starting capital, I would start a family pub.

I love my damned kids. Seeing my children happy!

The unexamined life is not worth living. — Socrates