A Veterans Tutorial of Vim 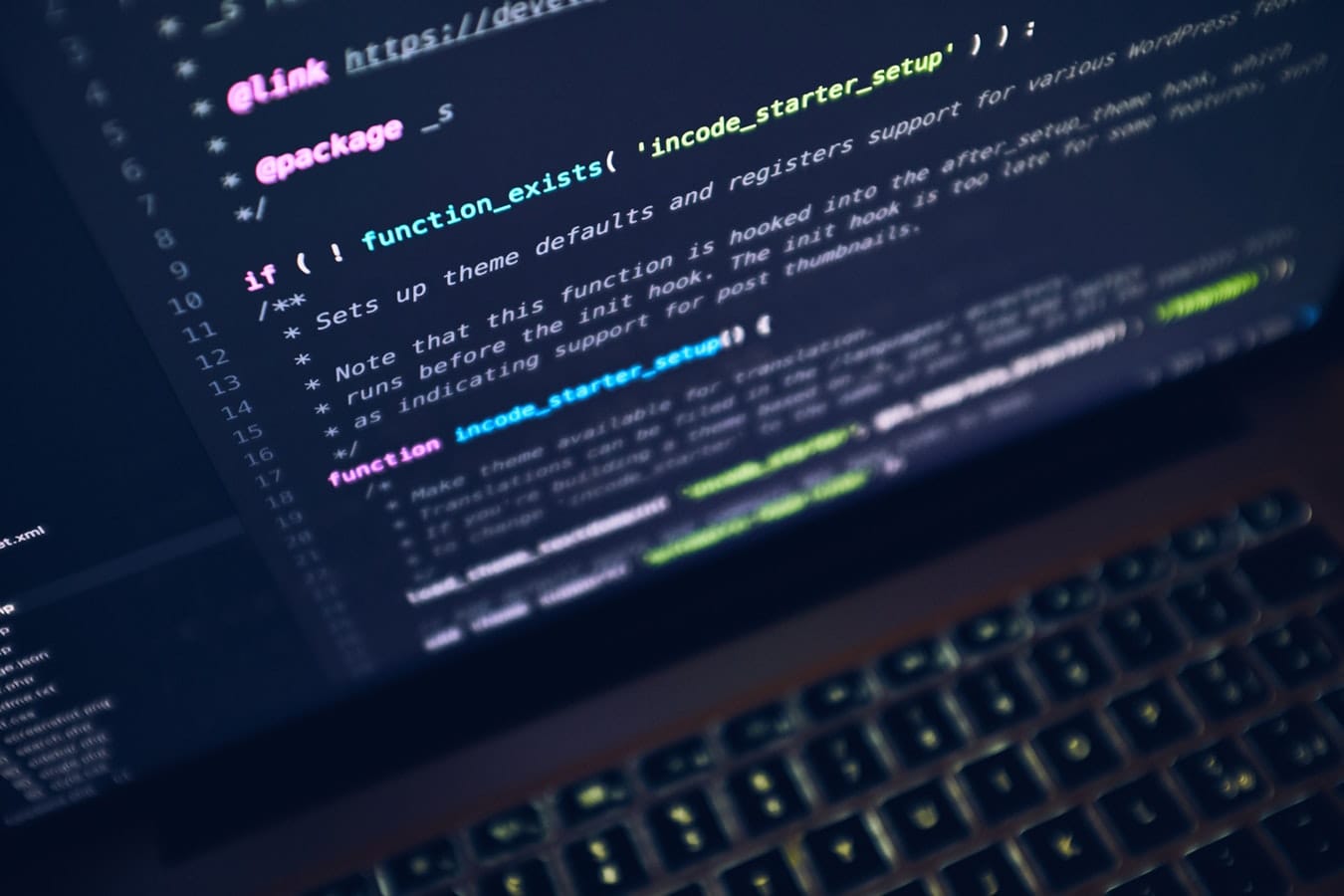 Many posts aimed at new Vim users tend to just paste a large .vimrc file and then explain a few plugins to try. Very little (if any) time is devoted to explaining what all those settings in .vimrc are actually doing.

I’d like to walk through my personal .vimrc file section by section and break down what and why I have the configuration settings I do. Given that my .vimrc has over 15 years’ worth of built-up cruft, this will also be a good exercise for me to clean it up a bit and update where needed as well.

To be completely transparent, we won’t be really talking about the contents of my

~/.vimrc
file, because that file on my computer really only contains the following:

I like to have my whole Vim setup, plugins and all, available to me no matter what system I’m on, and using Dropbox allows me to keep all my computers in sync. Yes, setting the

runtimepath
and then sourcing the file will increase your startup time, but for me the slight time bump is worth it. So, the file we will be really looking at is my
~/Dropbox/vim/vimrc.vim
file which acts like a normal
~/.vimrc
file.

Next I turn off modeline support, mostly because I don’t use modelines personally and I don’t want to open a file from someone else that could potentially harm my system by the usage of modelines. It’s just a risk not worth taking if you aren’t in the habit of using modelines for what they were intended for.

Last up in this section I just fix the terminal code support so both my backspace and delete keys work as expected on OS X.

This next grouping relates to how Vim manages its buffers and history. I like Vim to hide my buffers instead of closing them completely. This allows me to keep modified buffers without being forced to save or abandon them. Next I have Vim remember 100 commands in history and set my undo level to 100 as well.

The prolific spaces vs. tags section is next up, and I’m firmly in the converting spaces to tabs camp, so my Vim configuration reflects that. The first line expands tabs to spaces, with tab spacing of 2.

I prefer to not have my files open with folding turned on, but if you prefer, you can just uncomment

set foldenable
and remove
set nofoldenable
. I set my foldmethod to indent as this works well for just about all languages I code in, but other options include manual or custom syntax markers for fold deliniation. I tell Vim to only nest 10 folds deep (honestly probably 5 levels is too far in my opinion, but 10 is better than the default of 20).

I like to have line numbers turned on when editing, and also see which line and column I’m currently editing which is turned on by the ruler option.

The next few lines are minor preferences, but pretty self-explanatory. I don’t have Vim make backup for swapfiles by default, but when it does, I set the directory hierarchy to use for creating those files.

As a developer, I prefer to have syntax highlighting and I turn it on. I also turn on file type detection and file type specific indentation rules and plugin loading.

Next I configure how I want Vim to behave when searching. I have Vim show me the search results incrementally, as I type my search query and perform case-insensitive searches by default unless I include a capital letter in my query. Finally, I prefer not to highlight search results by default.

My color scheme settings come next and I use a dark background based on my primary usage of Vim from the terminal.

shortmess
variable is probably too much to cover here, but is worth a read if you have the time (use
:help shortmess
), but know that it is just configuring what and how I want alert and system messages to be displayed.

visualbell
and I don’t want any error bells triggered at all.

autoread
tells Vim to automatically read a file in memory again if it has been detected to have changed from outside of Vim.

laststatus=2
to tell Vim to always show the status line (a value of 0 means never and 1 means only if there are at least 2 windows).

I use Pathogen as my Vim plugin manager. It seems most of the cool kids are now using Vundle which provides some nice, useful additions, but I’ve been on Pathogen for a long time and haven’t had the need to migrate yet. This command just initializes pathogen which loads all my plugins.

To begin the discussion of keymapping, let’s take our first sidebar and remember that Vim is a modal editor and what this means for keymapping. While you will mostly only be concerned with mapping keys in the default, normal, and visual modes, here is the full list of modes and their corresponding mode symbol for mapping commands:

map
and
noremap
. Using
map
will map keys recursively while
noremap
is a non-recursive mapping.

Now, back to my

The next major grouping of my

vimrc
is my custom key mappings. I begin by mapping the
Space
spacebar to send a page down command, and the
-
minus key to send a page up command. I sometimes find this easier than the default of
Ctrl-F
and
Ctrl-B
respectively.

Next I make the normal up/down movement keys of j and k perform the same for wrapped lines as unwrapped lines, and I remap the semicolon key to send the colon key command. Since colon is used for entering Vim commands, and only 3 people on earth seem to know what the default semicolon key does in Vim, we shorten this up to a single keystroke and just use

(As an aside, to impress your friends, the default command for semicolon is to repeat the most recent f, t, F, or T command).

/
to use
/v
by default in both normal and visual modes, which allows you to use a more familiar regular expression syntax instead of the craziness that is Vims regexp syntax.

Here I begin to remap some movement keys just to save keystrokes. I map

Ctrl-J
directly to the standard window movement commands so I can save a keystroke and not have to type
Ctrl-w j
. Same for k, l and h. I also map window hopping to a double press of the
Tab
key so I can quickly cycle through windows with a single key.

For creating new windows I map a double press of

F2
to vertically split my current window and then also map a double press of
F3
to cycle again, just like my double
Tab
command does. Hey, there is no law against having two ways to do the same thing :). I remap double
F4
to toggle word-wrapping on and off, and double
F5
to toggle search result highlighting on and off.

Next come mappings for a command mode only way for me to save files that require root access, but which I forgot to open with the proper permissions.

After that is way to quickly toggle paste mode on and off, which is very useful for pasting code snippets from GUI editors or found on the web, followed by a way for me to quickly toggle open the project drawer from the NERDTree plugin.

\W
(my
leader
key is set to backslash).

Vim allows for the usage of custom-defined functions through Vimscript and I have one defined for the scratch.vim plugin I use.

I define a function called

ToggleScratch()
and then map that to
\s
for easy usage. This opens my Scratch buffer if not open in a current window.

Auto commands in Vim allow you to have certain commands automatically execute based on events. Events can be anything from file type detection to reading a buffer.

My first few auto commands are simple enough. I have a command set on all filetypes when the buffer is saved to remove any trailing whitespace.

Next I turn on spell check support for markdown and text files as well as my gitcommit messages to hopefully save myself any potential typo embarrassment.

Also for markdown, text and gitcommit files I set the max text width to 80 characters on buffer read and new buffers.

The last section of my

vimrc
contains customizations to the various plugins I use. Reading the help documentation for any plugin you use should provide documentation on the various settings you can configure to customize the plugin.

In my case, I set some basic customizations to the gist.vim plugin to make my gists private by default and open the gist in my browser after creation.

I use ctrlp.vim as my fuzzy file launcher and configure it mostly to tell it which files and directories to ignore and to map launching it to my

Lastly I configure vim-vroom to play nice with vimux to get some nice interactions between tmux and Vim.